Best way to light a cigar – Cedar Stick vs Matches. 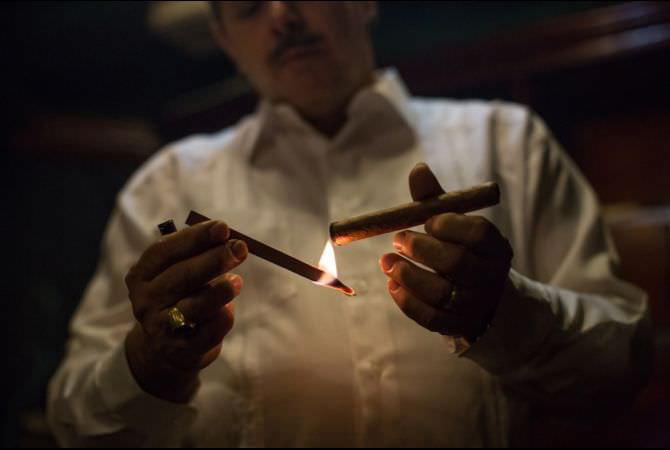 As with everything in life there are many ways to get a job done.  The same is true for even the simplest of pleasures such as lighting up a fine cigar.  We’re going to discuss the pluses and minuses of some of the most popular ways people light their cigars with matches, lighters and cedar stick.  Hopefully it’ll give you some tips on improving the experience of your smokes.

Using either matches or a lighter are probably one of the most common ways to light a cigar.  They are easily available, very dependable and they travel easily as well.  When using matches, it is recommended to use wooden matches and the longer ones you can get the better.  The biggest down fall with matches is the sulfur taste that can go straight into the cigar when you hold the match up to light it.  It’s hard to avoid the sulfur tainting the flavor of the cigar, but you can minimize the sulfur by lighting the match away from the cigar and letting it burn down the wooden stick a little ways before bringing it up to the cigar.

Often times while using lighters such as Torch Lighter and Zippos you will have a similar problem as the matches in that there will be a butane flavor from the lighter fluid that will enter into the cigar when you light it.  Be careful that the flame of the lighter is properly adjusted so that it is not too high or too low, and you want to keep the flame as far from your face as possible.

It is recommended using a cedar stick to avoid any foreign odors or flavors into your cigar.  Cedar sticks are commonly available at most cigar shops and lounges.  If they don’t have any in sight make sure to ask.  It’s also a good idea to keep a few extra in your humidor so you always have some on hand.

Using a cedar stick to light your cigar is very simple.  All you have to do is light the cigar stick with your matches or lighter.  Let burn for a moment or two so that you have a nice size flame.  Then simply place the flame on the end of the cigar and rotate the cigar slowly until you have a nice even burn.

Using a cedar stick to light your cigar will eliminate any foreign orders and strange tastes from a match or lighter.  In fact, the cedar stick will enhance and bring out the natural flavors of the cigar. You’re investing time and money into enjoying a cigar – so go the extra step and use a cedar stick, you’ll be glad you did.