Cigar Etiquette: On the Golf Course 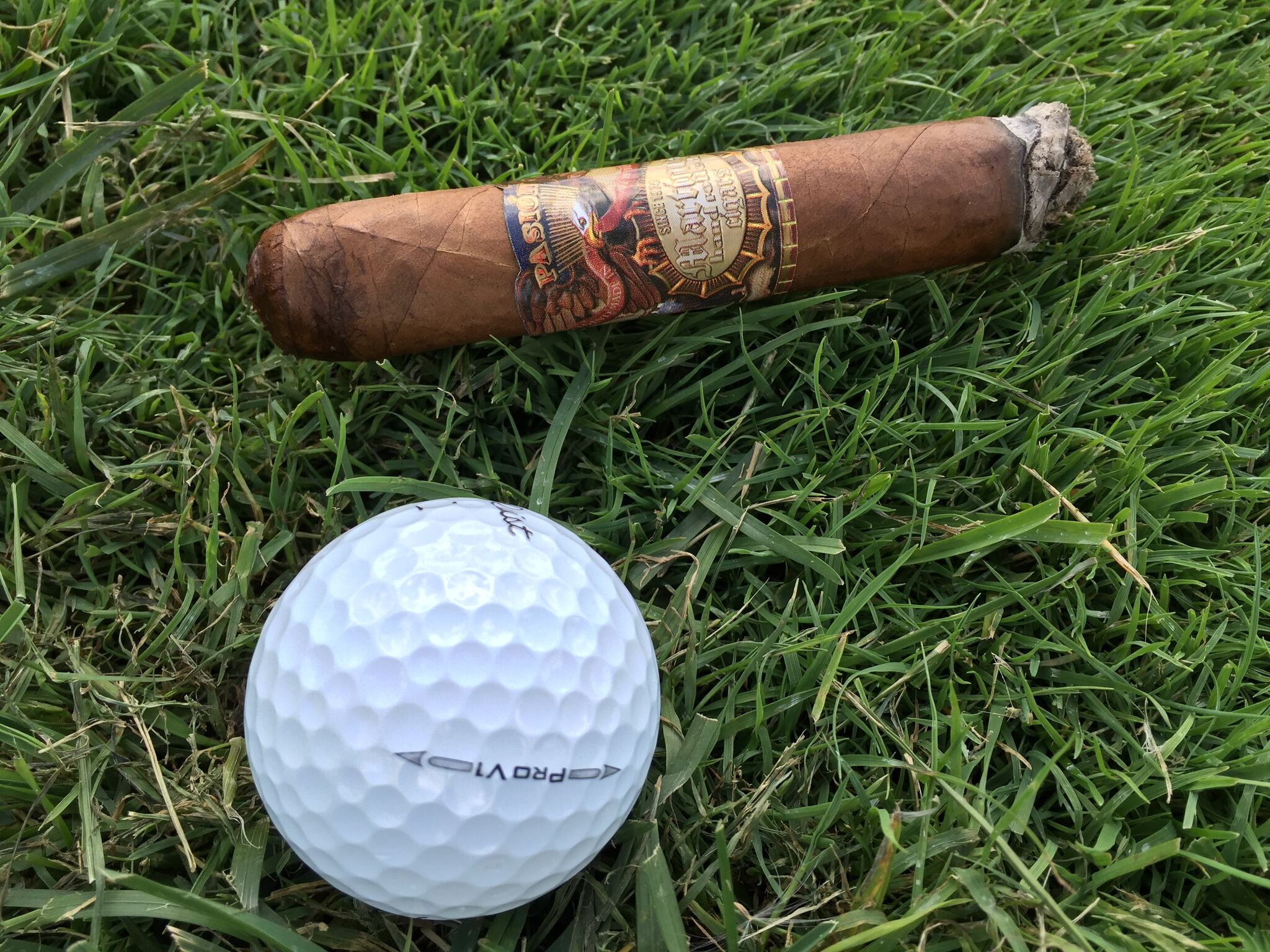 There is really nothing better than having a fine smoke while enjoying a day of golf.  Plus smoking on a golf course is one of the last places acceptable for enjoying a leisurely cigar.  Here are a few cigar etiquette tips to keep in mind while you’re out on the course:

If you’re out on your own for a day golf or just getting in a quick nine holes, then what you do with the cigars is really up to you.  When you’re out with a partner or a group it’s important to know their preference for cigar smoking.  Ask if anyone has an objection before lighting up.  If anyone objects find a way to work with them.  For example switch carts if you’re paired up with someone that doesn’t like the smoke.  Let them know you’ll be a step behind them or in front.  Most people expect there to be some smoking on the course so shouldn’t be too big of an issue.  On the other side, bring enough smokes to share with your group.  Lots of guys would love a smoke, but will have forgot to pick one up, and if you’re with new people what a better way to make new friends.

Most of the time there is some wind on the golf course and matches don’t hold up.  Also, you don’t want to have to worry about where to put the matches when you’re done with them.  You don’t want to be littering on any golf course.  The best choice of a lighter is some kind of torch lighter.  It will not be bothered by the wind and if you brought enough cigars for all your buddies you will be able to get everyone lit up very quickly.

Pay attention to those around you and where your smoke and ash are going.  You don’t want to be smoking up wind of someone and having your smoke go right in their face especially if they are putting or taking a shot.  Likewise, you don’t want to flick your ash too close to anyone or into the wind that could accidently hit someone.

Make sure you don’t ash on the greens, you want to leave them nice and clean for the next golfers.  And you certainly don’t want to toss your cigar out somewhere on the course when you’re finished.  Best bet is let it die out on its own or wet it a little and place it in the trash when available.  No one wants to be golfing with a bunch of cigar butts lying around.

This is a tough one for most golfers – where to put your cigar while you’re taking a shot.  If you can keep it in your mouth and it doesn’t mess with your shot that is the best option, plus it looks manly.  If that doesn’t work, try to find a safe place on the cart in either an ashtray or cup holder.  If you want to put it down on the grass in the tee box or the fairway that is fine.  But as mentioned above, don’t put it down on the green while you’re putting.  You don’t want to leave ash on the green for the next golfer.  Most important, you don’t want to put it down somewhere that is going to be get in someone’s way or that you’ll forget where you put it.

As Smokey Bear says, “Remember… Only YOU Can Prevent Forest Fires”.  Best bet is to check the forest fire alerts/advisories the day you plan to go out golfing.  If there is a medium to high risk of fire, better to play it safe and save the smokes for next time.  Use common sense when you’re out, if it’s windy and dry don’t risk it.